Plus Solar's 2020 Outlook for Renewable Energy

Making the switch to RE can be confusing if you have no prior knowledge of the industry. As such, with the recently Green Investment Tax Allowance (GITA) and Green Income Tax Exemption (GITE) until 2023, you can achieve optimum energy savings and enjoy reducing your overall operational costs. However, in order to encourage the nation, as well as the greater Asia-Pacific region, we bring you these upcoming trends and insights for the industry below:

Nation Will Focus on Bridging the Gaps Within RE

With the nation’s goal in reaching a RE mix target of 20% by 2025 and the extension of GITA and GITE till 2023, the Ministry of Energy, Science, Technology, Environment and Climate Change (MESTECC), is looking to reduce the reliability on fossil fuels (e.g.: natural gas, oil and coal), as well as lower the level of greenhouse gas (GHG) emissions.

As there are accessibility and financing challenges in obtaining RE, MESTECC has included initiatives to ensure those who invest in RE have more time to deploy the project, such as Net Energy Metering (NEM), Pilot Run of Peer-to-Peer (P2P) Energy Trading, the upcoming revised power purchase agreement (PPA) and more. However, while government initiates the following, what are some of the other untapped areas of renewable energy that need to be covered by policymakers and industry players?

Here are key areas to take note of:

For businesses who are looking to reduce their overall operational costs, investing in RE may seem like a stretch due to common misconceptions such as the lack of awareness on the investments and the payback period. One common myth the public has towards owning a solar PV system is that the payback period is about ten (10) years when it is four (4) out of the 25 years of the system’s lifespan to see the ROI in investment. *

Due to the massive global adoption of solar PV systems, manufacturing costs have lowered, enabling solar PV panels to become more affordable. As such, solar PV systems have become more accessible to individuals in terms of pricing, investments and green financing solutions. To solve this issue, financial institutions are increasingly highlighting and building upon their green financing solutions, to provide more accessibility to individuals to invest in RE. 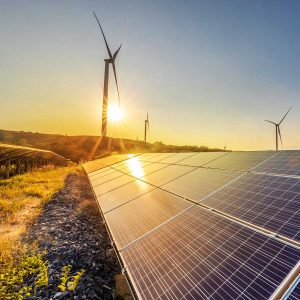 With more initiatives set by the Budget 2020 to benefit and encourage more Foreign Direct Investment (FDIs), Malaysia’s economy is set to expand in all aspects, including the RE industry. If the FDI in the RE industry increased, more jobs with better wages, new businesses venturing into the market, new economic opportunities which will boost the export-orientation of the nation, leading to an overall win for the industry. With the government tax incentives and local authorities’ initiatives in place, RE is set to expand the scope of the Malaysian economy.

The carbon footprint is referred to as the “carbon dioxide (CO2) emissions from the combustion of coal, natural gas, oil and other fuels, including industrial waste and non-renewable municipal waste”, according to the Union of Concerned Scientists.

As the environment has experienced a large-scale of industrialization, deforestation, and massive agriculture for the past century and a half, the GHG has risen to levels that experts had not seen in three million years, according to the United Nations (UN). Currently, the amount of GHG emissions was recorded at 414.40ppm, as of 3 June 2019, which was just a 14.4ppm difference from 2013’s global GHG, according to the World Economic Forum.

With the increased GHG leading to an increase in global temperature, global net human-caused emissions of carbon dioxide (CO2) need to fall by about 45 percent from 2010 levels by 2030, reaching a ‘net zero’ around 2050-meaning that any remaining emissions need to be balanced by removing CO2 from the air, according to the UN. As a result of these factors, media outlets, environmentalists, industry leaders and members of the public are urging businesses to be more responsible for the environment, by reducing the CO2 levels.

With the ever-evolving era of digitalization, industry players will increasingly utilise big data, AI and IoT, in order to understand how to optimise the consumption energy pattern of users. We predict that there will be more use of IoT in future energy management solutions.

For the year of 2020, there will be more engagement in the investment of solar energy in Southeast Asia, due to its unique geographical location near the equator. As nations in the SEA region are known for their warm weather and a high solar irradiance, these factors will help encourage more international investment.

As global sea levels continue to rise due to the increasing global temperature from global warming, so does the risk of coastal flooding. According to Climate Central, the volume of the water expands when it is being warmed, leading it to raise the water levels. In order to prevent the increase in risk, if there is an increase in the adoption of RE, the consequences of sourcing fossil fuels used to produce electricity can be mitigated.