Featured by Bernama: Plus Solar Cites 6 Wishes for Govt to Become SEA's RE Champion

As a clean energy solutionist, we make it a point to ensure that we contribute to making clean energy more accessible for business owners and the greater Malaysia. With the upcoming Budget 2021 which is to be announced on the 6th of November this year, our wishes for more incentives in relation to clean energy were featured in Bernama, Business Today, NST, Focus Malaysia, Borneo Post - Sabah and Borneo Post - Sarawak.

Find the Bernama coverage below: 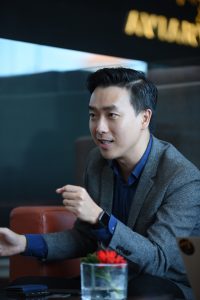 To this end, co-founder and chief executive officer Ko Chuan Zhen cited six wishes that could drive further adoption of clean energy by the country with future allocations from Budget 2021.

Firstly, he said individual solar investors should be granted the same tax breaks enjoyed by industrial and commercial entities.

“If the government were to implement a similar benefit to individuals, it could compare to the RM2,500 in tax relief for the purchases of books, journals and personal tech devices.

“As those items are considered necessities for an informed life, so would incentivising domestic solar adoption mean a more sustainable one,” he said in a statement today.

Secondly, he suggested that the government waived sales tax for imported panels given that the high upfront costs of solar setups would burden potential adopters.

“As part of Malaysia’s Import Tariff, import of taxable goods is subject to the Sales and Services Tax (SST) at a rate of 5-10 per cent depending on the nature of the product.”

Thirdly, Ko said the net energy metering 2.0 (NEM 2.0) scheme quota should be extended as it would be beneficial for both the government and solar adopters alike.

“Malaysia’s current NEM has allowed excess solar photovoltaic generated energy to be exported back to the grid on a ‘one-on-one’ offset basis, meaning full returns on every kiloWatt generated.

“Its quota of 500 megawatt (MW) ends Dec 31, this year, with only 30 per cent of the quota remaining for applications,” he pointed out.

Fourthly, Ko said the government should consider tax exemption for battery solutions as it would soften the impact of high upfront costs and allow the country’s energy grid to take its next form that is sophisticated enough to recognise various forms of clean energy, “which is the future of the energy industry”.

Fifthly, in line with the first theme of the budget, ‘caring for the people’, he suggested that rural and remote areas without access to electricity be outfitted with solar solutions to improve their quality of life.

“We propose action here through direct investment by the government towards these previously unpowered areas.

“As it stands, there are programmes like MySuria, and the Sarawak Alternative Rural Electrification Scheme (SARES), which aims to power 22,360 rural homes in the vast state with solar power,” he said.

Plus Solar’s sixth wish is for the government to consider implementing tax on the carbon content of fossil fuels, where its users are charged for the climate damage caused by the release of carbon dioxide into the atmosphere.

“Upon being taxed, players in traditional energy sources would be inclined to reinvest their considerable assets to renewable energy instead,” Ko opined.